Since temperatures last week were in the 30's-40's with rain most days, Ramen Week in Paris was the perfect way to warm spirits and stomachs. Maceo was one of several restaurants participating, but it was the place to go if you wanted to see a demonstration by one of the chefs.

The lunch service began at 11 am and by the time I arrived at 11:15am, the line was so long they sent us across the street to continue the line. Since no reservations are accepted, all parties waited for a seat, unless you arrived before they opened service. Many Japanese residents and tourists were in line and working the event. I was greeted by at least five people in Japanese (I do not speak a word and explained to everyone in French that I may look Japanese, but do not speak it:) 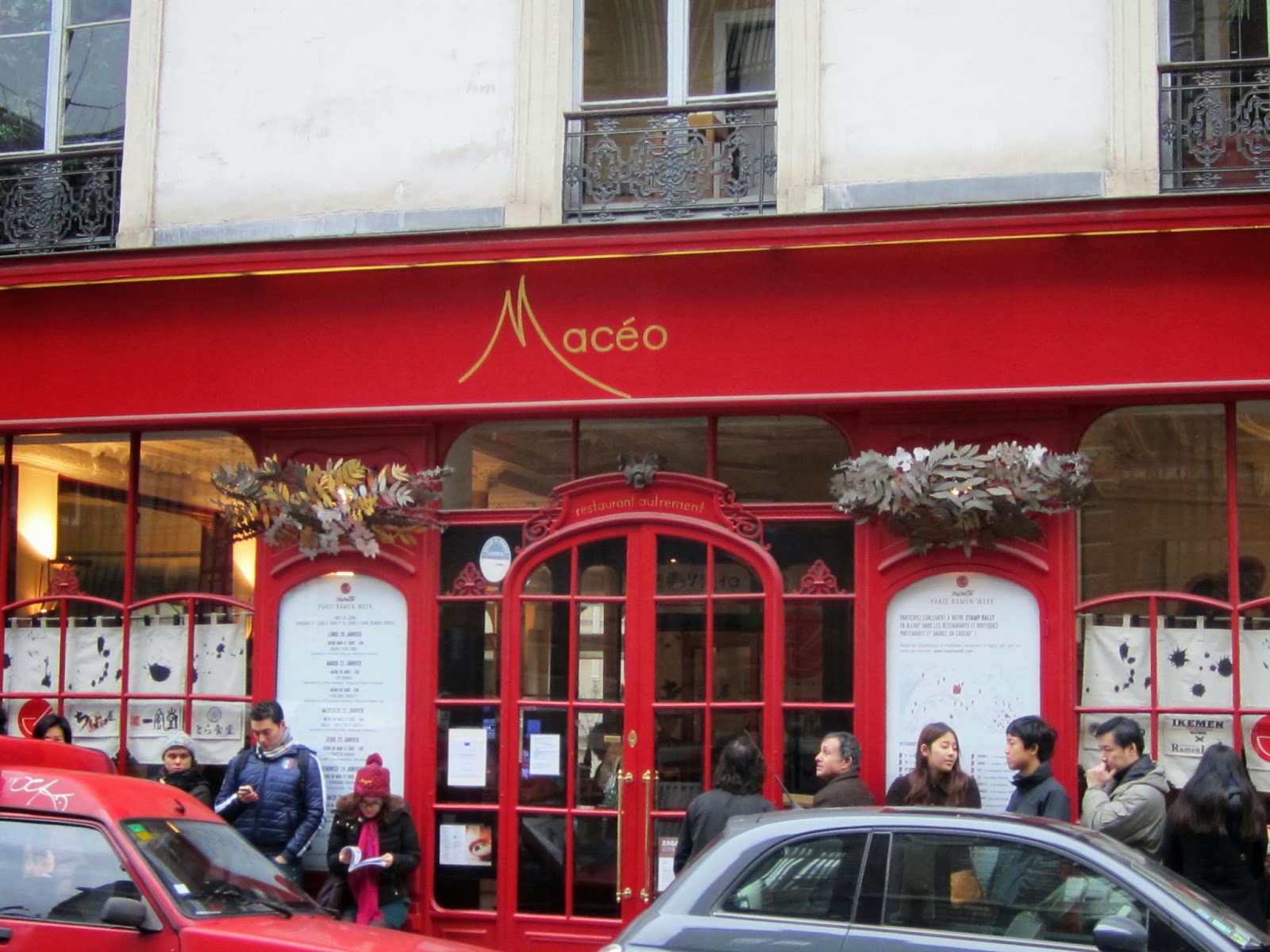 Kazuyuki Takei (as far as I know no relation to George Takei) was the Master Ramen maker the day I went. You could watch before or after your meal as he demonstrated his techniques on the second floor as a translator explained his process (in French). Over the week-end, classes were given for children who want to become ramen masters.

He literally beat the dough to make the wavy noodles and had been working all week to make the noodles for the ramen served on his day at Maceo. Like many artisans, he inherited the profession from his father and started working with ramen when he was 19. 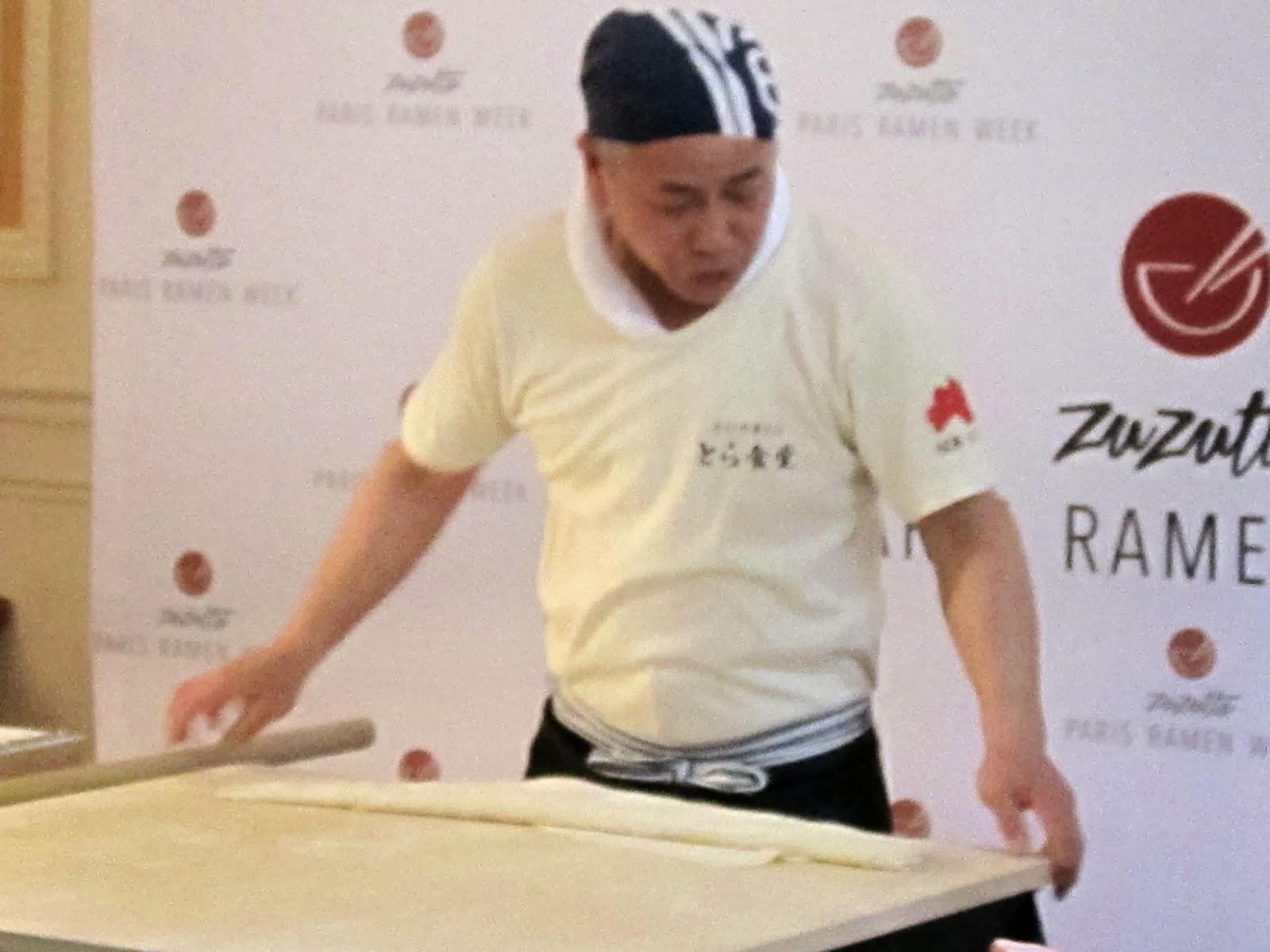 The style of the day was Ramen Shirakawa, with a slice of char siu (roast pork), spinach, bamboo shoots, seaweed, soft boiled egg and green onions in a shoyu broth. This was the best ramen I've ever eaten. At 10€ (about $13) per bowl, this was a bargain for the quality of the ingredients. Beer, sake, and sodas were available, but this bowl was too good to require any additional liquid. 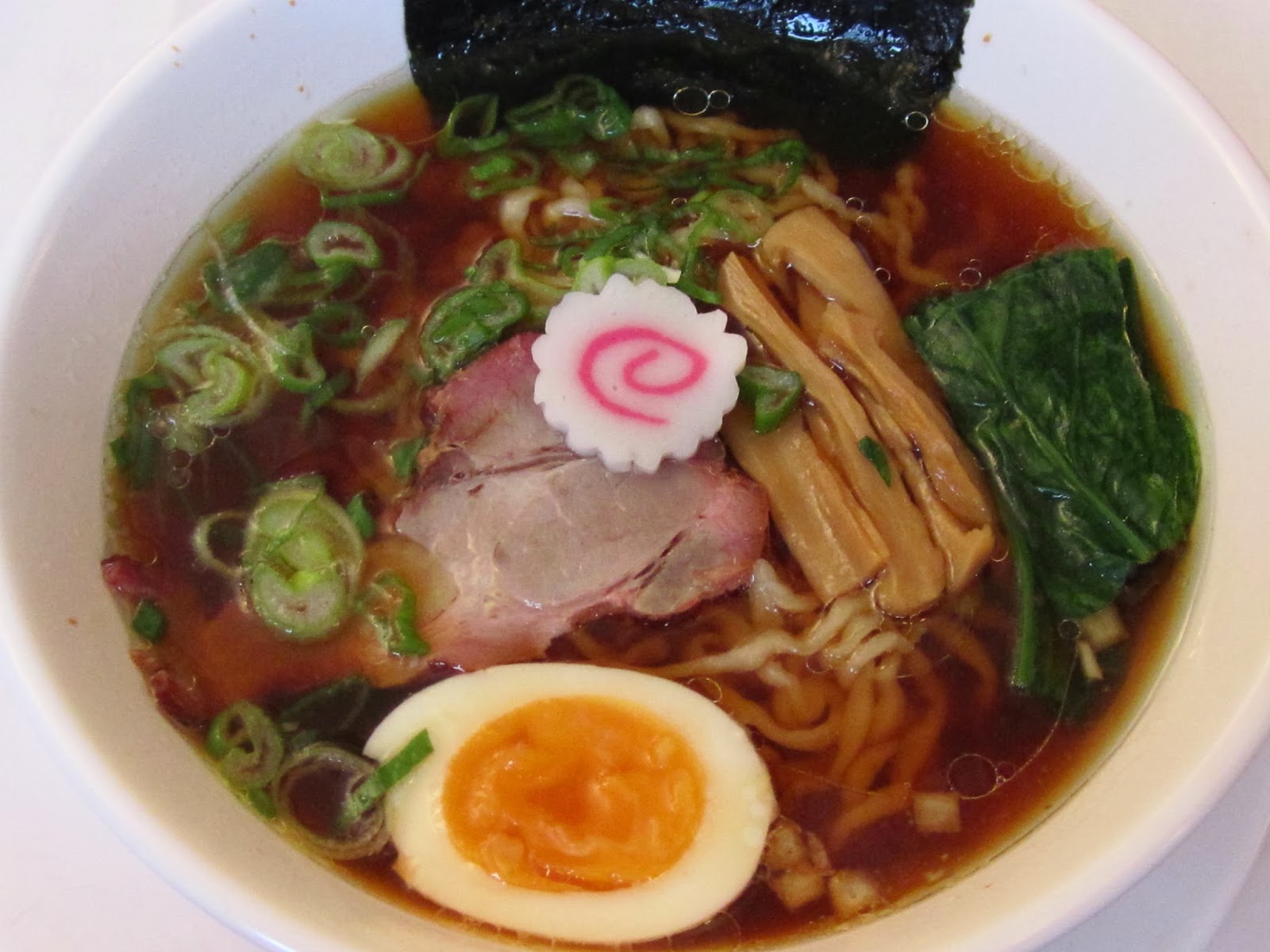 I walked over to the Galeries Lafayette afterwards to check out the terrace and the view of Paris on the one afternoon it didn't rain this week. 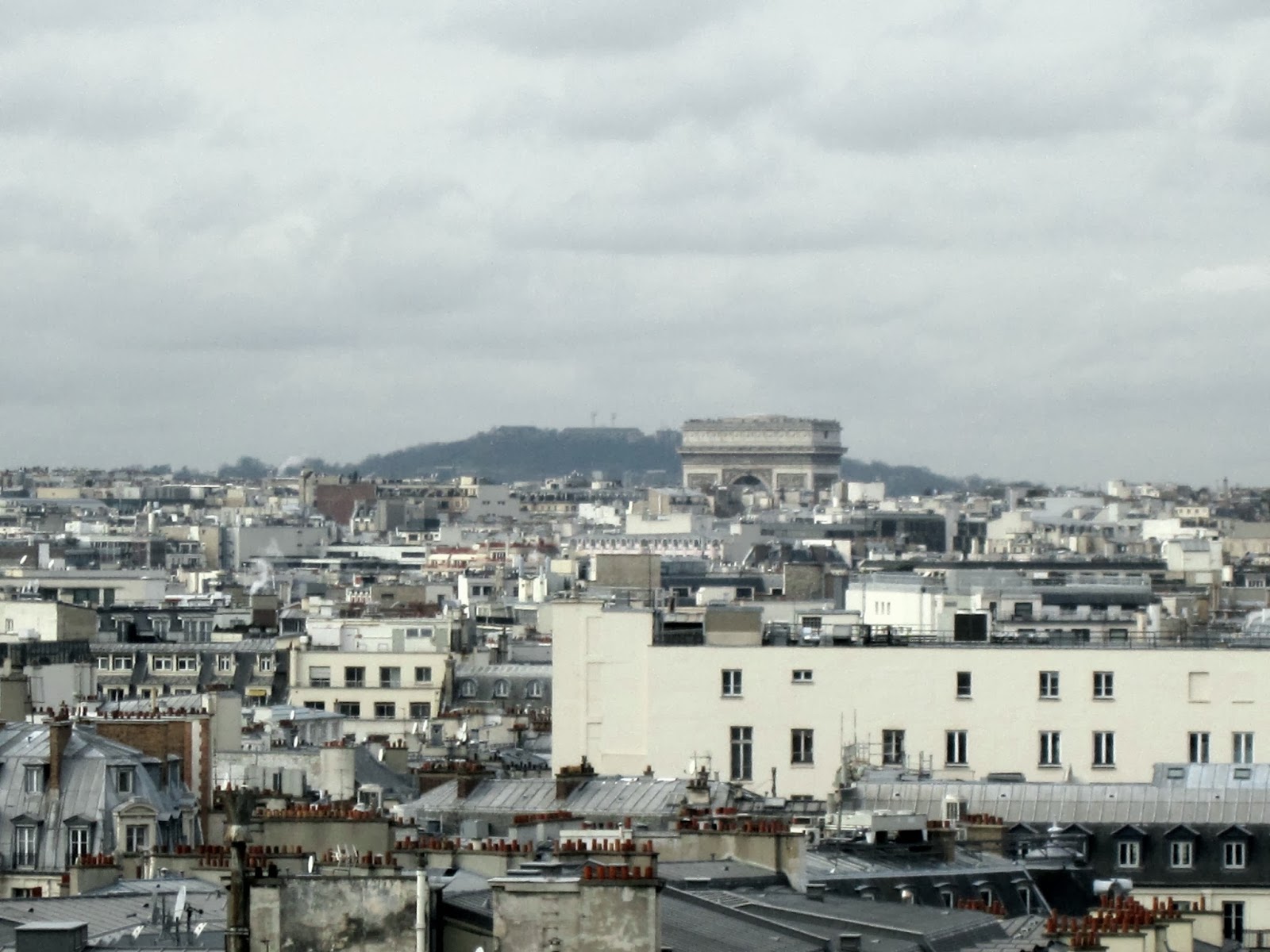 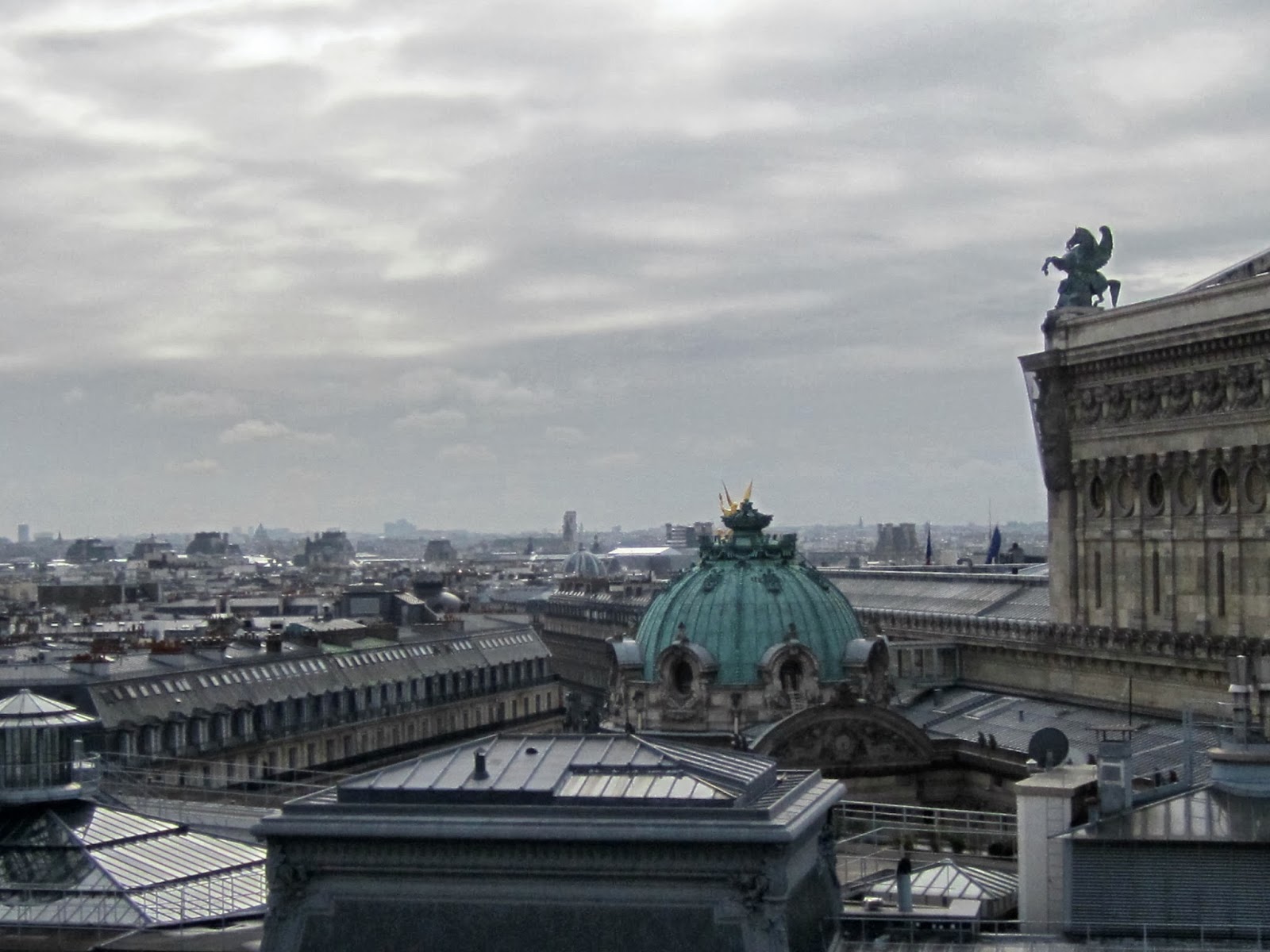 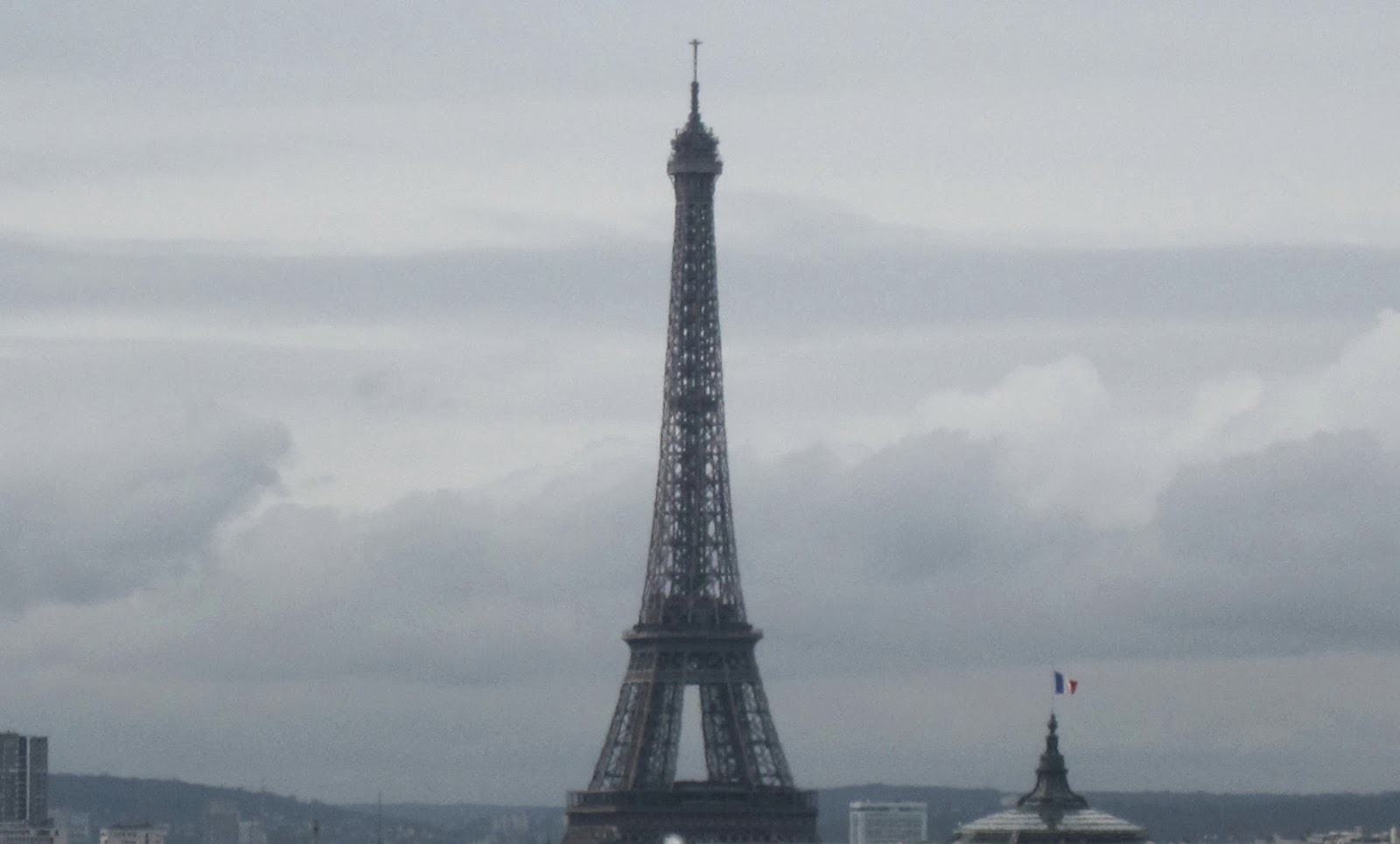 Even on a cold gray day, a bowl of soup with handmade noodles and a view of the Eiffel Tower does wonders for lifting my spirits:)
at 1:00 AM