It was a gray drizzly day, and after a fully day in the craziness of DTLA swerving to avoid pedestrians weaving in and out of numerous encampments of tent cities, I felt nauseous, both emotionally and physically. The new Playa Vista enclave Runway is nearly the polar opposite of DTLA; from the manicured play spaces for children and pets, to the wooden plank walkways that meander through restaurants and shops, this was like a breath of oxygen after being submerged in smog. I am not saying that I would want to live in Runway because I prefer a less curated environment, and one in which there are shops and restaurants which have no other sibling outposts across the city, state, or globe. I am glad I finally visited, walked, and ate here, and I would again.

We ate at R.O.C., which has the much smaller sibling on Sawtelle. Service was fantastic, and the food definitely had a Californian take, using fresh ingredients with middle of the road dishes and flavors that don't venture too far into unknown anglo territory. It was not Michelin star quality, but better than many other Taiwanese restaurants.

Because I was feeling queasy, we began with an egg flower soup with tofu, bamboo shoots, and fresh herbs. It was a perfect comfort soup for a gray day, and it promptly settled my stomach enough to eat the chicken soup dumplings. 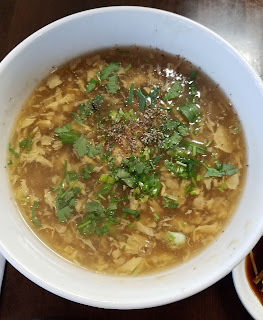 The tips of soup dumpling were a bit thick and hard, drying out and hardening more as they cooled, but the flavor was nice and they served it with freshly cut ginger with tableside black vinegar and soy (but you had to ask if you wanted any chili oil). 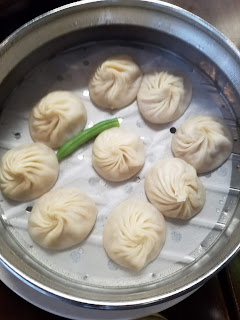 The vegetable potstickers came with pure hoisin sauce and chili sauce on the side. They were crisp and VERY hot, but the filling was a bit bland and definitely anglified chopped greens. 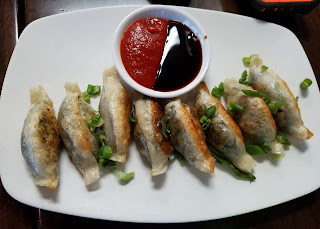 The stir fried baby bok choy were crunchy and tender, but the flavor was very light on the garlic and slightly sweet. 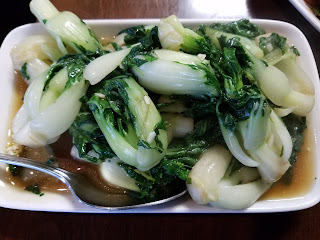 The pickles were fabulous! Brightly acidic and slightly spicy, we ate nearly the entire dish. 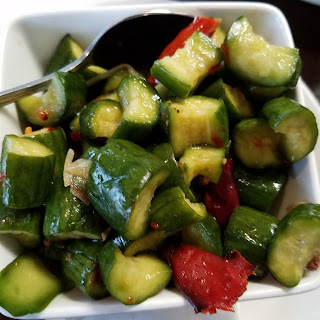 We also ordered the three cup chicken, which was done with all dark meat, and quite tasty, even with the slightly sweet sauce, it married the peppers, onions, and basil well. 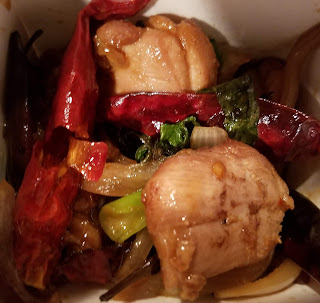